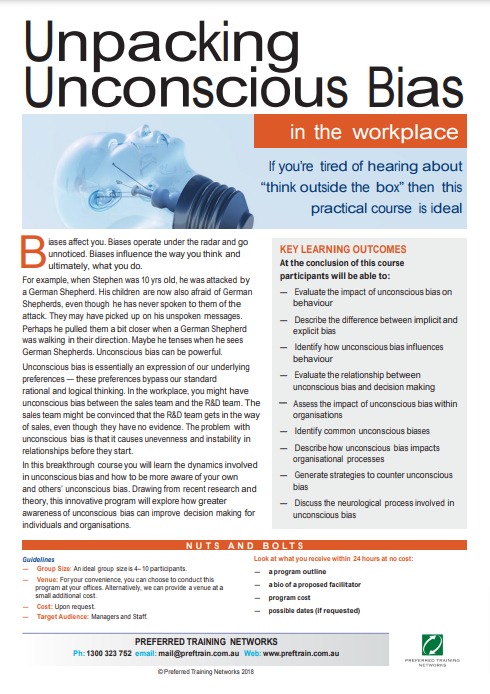 What you receive within 24 hours at no cost: 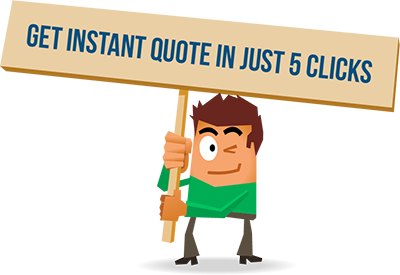 At the conclusion of this course participants will be able to:

For example, when Stephen was 10 yrs old, he was attacked by a German Shepherd. His children are now also afraid of German Shepherds, even though he has never spoken to them of the attack. They may have picked up on his unspoken messages. Perhaps he pulled them a bit closer when a German Shepherd was walking in their direction. Maybe he tenses when he sees German Shepherds. Unconscious bias can be powerful.

In this breakthrough course you will learn the dynamics involved in unconscious bias and how to be more aware of your own and others’ unconscious bias. Drawing from recent research and theory, this innovative program will explore how greater awareness of unconscious bias can improve decision making for individuals and organisations.

Check out some of our other popular training programs: workplace resilience training, strategic thinking and conflict in the workplace.

Unpacking Unconscious Bias Training 4.4 out of 5 based on 46 user ratings.

Some workplace bullies are well camouflaged. 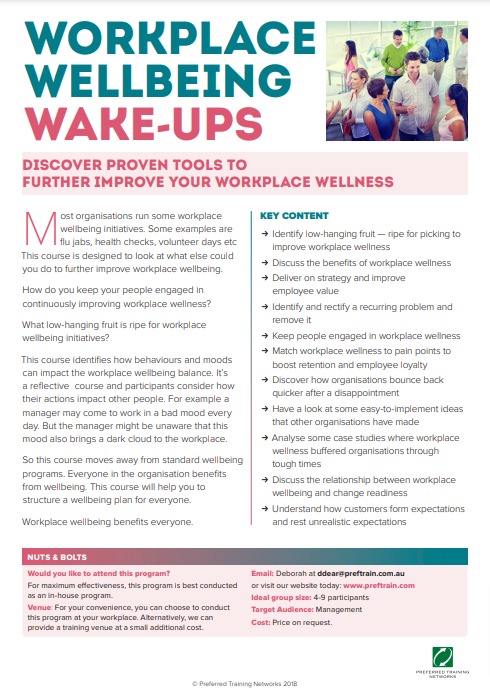 This course identifies how behaviours and moods 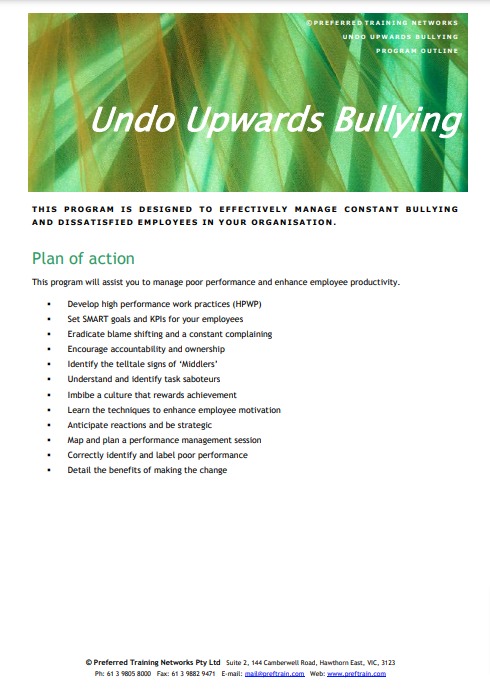 Plan of action This program will assist you to

Our Courses Are Available Australia Wide

We offer in-person Unpacking Unconscious Bias Training, programs and workshops run by expert trainers to organisations across Australia. Our programs are available in Melbourne, Sydney, Canberra, Adelaide, Brisbane, Perth and other areas of Australia. If you’re looking for Unpacking Unconscious Bias Training “near me”, save yourself some time and contact us today. Wherever you are in Australia, we can come to your organisation or organise a venue for in-person training, workshops and skills programs. Find out what Preferred Training Networks can do for your organisation. Get a free online quote now or give us a call today on 1300 323 752 to discuss your requirements or explore our full range of courses.